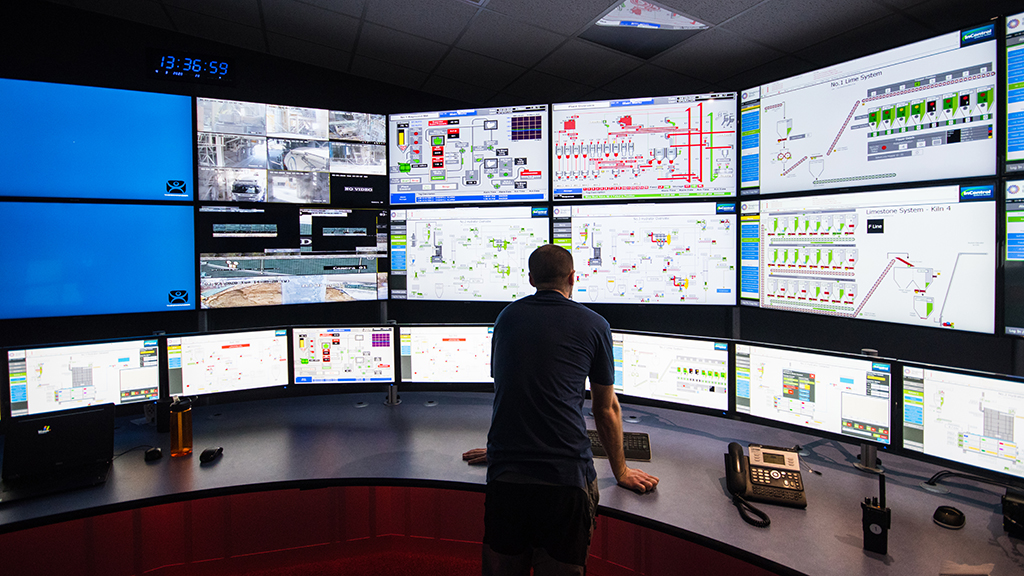 Over the last few years, Singleton Birch has worked to optimize production operations. They have moved from a localized, plant-based approach to a centralized control room scenario with field-based operators communicating directly with the CCR (Central Control Room). [...]

Every Friday, we dedicate this space to sharing solutions for some of the most frequently asked questions posed to our ThinManager Technical Support team.  This weekly feature will help educate ThinManager Platform users and provide them with answers to questions they may have about licenses, installation, integration, deployment, upgrades, maintenance, and daily operation.  Great technical support is an essential part of the ThinManager Platform, and we are constantly striving to make your environment as productive and efficient as possible.

It is almost the same process as setting up MultiMonitor for a thin client.  In the terminal configuration wizard select Enable MultiMonitor, select the resolution of your monitors, and setup the layout of the sessions.  If you choose the resolution that your monitors are running at it should open full screen across both monitors once it’s received its configuration. [...]

Almost fourteen years ago, ACP released ThinManager as a centralized management solution for the modern factory.  Since then, ThinManager has evolved into a complete platform that manages clients and their connections to servers, as well as a myriad of applications and visual resources.  While most of the evolution of ThinManager can be attributed to a handful of dedicated programmers and the vision of CEO Matt Crandell, the impetus for most of the features has come from the changing needs of ThinManager end users.  Most notably, is MultiMonitor, one of the most used and most versatile of the wide range of ThinManager Platform features.

Developed in 2006, MultiMonitor first appeared in ThinManager 3.0 after ACP developers identified aglaring need for advancement of the technology being used by factory network engineers.  Randy Cannady, Director of Engineering at ACP, explained to us how ACP made the decision to develop MultiMonitor.  “We had end users who needed higher resolutions.  They were starting to use thin clients on the floor but still had multiple PCs and multiple monitors in their Control Rooms to monitor all of the processes.  We knew it would make more sense to eliminate the need for the PCs and additional keyboards so we went to work developing MultiMonitor.  We knew we could program it, but it would require the right thin client hardware.  That’s when we contacted Arista.”

Dating back to 2004, Arista had been a hardware partner with ACP as one of a small handful of manufacturers producing true industrial thin clients.  “After years of supplying hardware to ThinManager users, ACP asked us if we could develop a new ThinManager enabled thin client with multiple video outputs and no fans,” stated Thao Le, Vice President at Arista Corporation.  At that time, most thin clients used fans for internal cooling.  But the problem with deploying them in an industrial application is that the fans bring in dust and any airborne particles, which greatly reduces the life cycle of the hardware.  “The only alternative is to create a “clean room” which is almost impossible in an industrial environment.  So we started to engineer a completely new thin client,” said Thao.

Necessity is the Mother of Invention

Randy and the development team at ACP had delivered their hardware partner a difficult request.  They knew they needed a client with multiple video processors and video ports, but adding additional hardware to the client without the use of fans was going to require an entirely new approach to the philosophy and design of the current industrial hardware landscape.  Thao explained the development process of what would eventually become the Box 140PC / Box 240PC.  “We first started by taking an older unit with a video card in a PCI slot and adding additional video ports.  Technically it worked, but the Windows based Thermal Monitoring System kept shutting down the unit to prevent overheating.  From there we re-engineered the client case by improving our thermal module with the addition of copper piping to draw heat away, as well as adding a heat blocking thermal chamber and adopting a vertical card design to allow heat to flow up into a heat plate to keep it from getting trapped inside the case.”

From 2006 to 2009, the ACP development team continued to improve on the base functionality of MultiMonitor using the newly designed Arista clients.  Eventually, ThinManager 3.3 was released, which added full support for MultiMonitor, including multiple layout templates for end users to choose from.  The response from end users showed ACP that MultiMonitor was a total success.  “Once we released ThinManager 3.3, the uptake rate was the fastest of any feature we had ever released, primarily for the Control Room application,” said Randy.  “Even today, it continues to be one of the most commonly deployed features of the current ThinManager Platform.”

Today, MultiMonitor allows users to seamlessly display up to five screens on a single client and is still the only platform on the market to allow the client to display a different session on each of the five screens.  In addition, MultiMonitor can span a single session across multiple monitors and even supports Touchscreens.  With multiple configurations and layouts to choose from, ThinManager has created the most versatile process management feature of any platform available today. Not content with MultiMonitor, Randy and the team at ACP went back to the drawing board and came upwith a way to further enhance this technology in conjunction with the Arista MultiMonitor clients.  “After releasing MultiMonitor there was discussion about allowing multiple mice and keyboards to allow multiple users to work off one client, which led to MultiStation, our newest feature release. It only requires a single ThinManager ready Arista thin client that already has multiple USB ports for extra input devices.  So by combining MultiMonitor and MultiSession, we can separate each display for individual users and span multiple sessions that exist on a single monitor.”

After a decade of partnership, we asked Thao how ACP and Arista continue to work so well together.  “The reason why our relationship with ACP is so successful is because we have been working closely with them for a long time.  When you buy an Arista box and ThinManager, you are buying a complete solution.  We run ThinManager in our office so we can continue to provide support as new versions and features of ThinManager are released by ACP.  Troubleshooting the software and hardware at the same time makes sure they work seamlessly together.  We continue to work closely to give the customer complete support for their entire system.“

Register for our MultiMonitor Webinar on 5/1 by clicking here.

Every Friday, we dedicate this space to sharing solutions for some of the most frequently asked questions posed to our ThinManager Technical Support team.  This weekly feature will help educate ThinManager Platform users and provide them with answers to questions they may have about licenses, installation, integration, deployment, upgrades, maintenance, and daily operation.  Great technical support is an essential part of the ThinManager Platform, and we are constantly striving to make your environment as productive and efficient as possible.

We recently deployed ThinManager and want to configure our control room with two thin clients, each using 5 monitors (4 standard size TFT and 40″ TFT above). We want to have 1 InTouch display client spread across the 4 TFT screens.

Is it possible to get ThinManager to spread one display client across 4 screens similar to the extended desktop feature within windows? If so, is there any special client or hardware needed?

All you need is a client capable of displaying 5 monitors, for example an Arista BoxPC 238D, and a ThinManager MultiMonitor license.  MultiMonitor is included with ThinManager XLi licenses. [...]